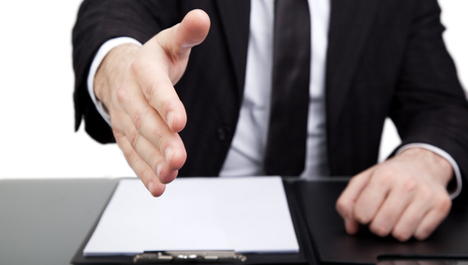 If it’s true to say that nailing that ideal job is at the best of times tricky, finding an Italian speaking job in London as a foreign national is even harder. Of course, the fact that both countries are within the EU makes things exponentially easier than in years gone by, but at the same time you are always at something of a disadvantage when it comes to the actual number of possible jobs that are on the cards.

That being said, there’s also something of an advantage that comes with being a native speaker as there will always be those companies and businesses that need Italian speakers of the highest calibre. And as a native speaker will always be vastly superior to anyone speaking the language as a second or third language, native speakers tend to top the table when it comes to the first picks of the respective employers. So while in some instances it can be harder to land a job as a foreign national, there are in fact plenty of exceptions.

This is why it’s of crucial importance to hedge your bets wisely and make sure you’re making all of the right moves. Much of the process will of course be very similar to that of finding a job back home, but when specifically on the lookout for an Italian-speaking job in London, the following five tips should be followed at all times:

First and foremost, while there’s much to be said for using standard job search websites to help you along the way, there’s really no better place to head than those sites that are dedicated to Italians making their move to the UK. Not only do these kinds of sites make things much easier, but they are also often privy to a great many listings that don’t make it to the regular job portals online. So prior to casting your net a little wider, it’s a good idea to first take a look at the more dedicated portals on the web.

Have a Strong CV in English and Italian

This will undoubtedly be the trickiest part of the process for some, but it’s nonetheless crucial to have a strong CV written up in both Italian and flawless English. The reason being that even when you may be looking to apply for a job that’s either 100% in the Italian language or close to thereabouts, there’s a strong chance the recruitment process may be heavily weighted in English. What’s more, having a good CV in English will always broaden your scope with regards to the jobs you can apply for as some will only accept English language CVs in the first instances.

While a native Italian speaker can be an outstanding asset to the right business, an Italian speaker who also speaks good English is borderline priceless. As such, while it may not be 100% mandatory that you speak business-level English for the job you’re going for, it will stand in your favour in a big way if your English is at least polished and professional. This is why any extra time you have prior to the job-hunting process or even while waiting for a response should be spent doing something practical like improving your English language skills. This is one investment in yourself that is 100% guaranteed to pay off.

Rather than simply going about things blindly and hoping to find a great job, it’s far more effective to target your approach more specifically. In this instance, what you should be looking to do is to look into the Italian companies you’d like to work for that have offices in London or are perhaps based there. It’s a list that’s constantly changing year after year but one that’s also pretty extensive to say the least. Make a list, reach out to these companies and let them know what you can offer them – always better than a random approach.

Don’t Be Too Overly Selective

Last but not least, never lose sight of the fact that getting the proverbial foot in the door is so much more valuable than sitting around for too long and waiting for something better to come along. This counts double for foreign language speakers in international cities – you don’t want to go selling yourself short, but at the same time you shouldn’t pass up any opportunity to at least get up and running in some kind of business or another.