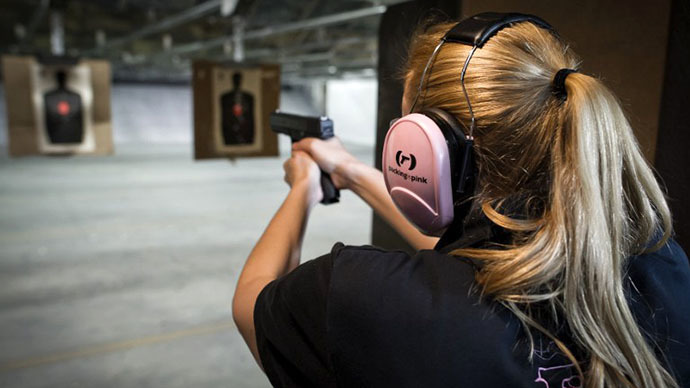 Shootings at schools in the United States of America have increased over the recent years. Proposals have been tabled to avert this situation. Teachers of various schools in the town of Clarksville, Arkansas will receive 9mm handguns to protect the students and themselves from sudden armed attacks within the school campus. The step is to reduce the sudden risk of tsunami of shootings at educational institutions.

As many as 20 teachers and other non-teaching staff will be given this privilege. However, before they are entrusted with this job they have to undergo a basic training program of 53 hours. After which, they will be certified. David Hopkins, the Superintendent commented that this approach is very different from the view, which they had before. Turning off the light and keeping the fingers crossed is not going to help. One needs to act according to the situation.

It is legal in Arkansas to own guns; hence, just allowing the teachers to carry it to school was not a challenge for the administrative body. Authorized licensed armed guards were easily permitted in the educational institutions. The authorities used this law for saving the life of as many as possible. The public will be made known about the presence of the armed staffs through signs; however, their identity will be kept strictly confidential.

The pioneering move is inspired by the attack and killing of 20 children and 6 teachers in the month of December 2012 at the elementary school in Connecticut. Clarksville authority says that after this they started receiving queries from parents asking them about what safety measures they have adopted to protect their ward.

Donna Morey, the ex-president of Arkansas Education Association spoke directly against this. She feels that this move may not yield desired result as there might be unexpected incident related to this. A student might be accidentally shot. The educator’s job is to provide education to the students and not to move about with arms. Jon Hodoway, Training Director of Nighthawk Custom Training Academy seemed to echo Donna. He feels that it is not the teacher’s responsibility to enforce law anywhere, it is the work of the executive and they will directly call the police in case of any such dangerous activity. Even Tom Kimbrell, Commissioner of Arkansas Education feels that the police are hired to provide security to the schools. It is not the teacher’s job.

Despite the fact that National Rifle Association strongly supported the move it continued to face resistance from different conservative quarters specially the educators. There is also a risk of charging higher premium rates for schools by the insurance companies. Nevertheless, the Arkansas state officials lucidly mentioned that they have no plans to stop or prevent this move.

The training session was held with teachers and their children, where the latter were given protective jackets and masks to create an environment for the learners. The former on the other hand were given pellet guns. Cheyne Dougan, assistant principal at Clarksville school expressed that initially she was nervous but gradually she went with the flow and did well. The parents and students to shared mixed opinions.