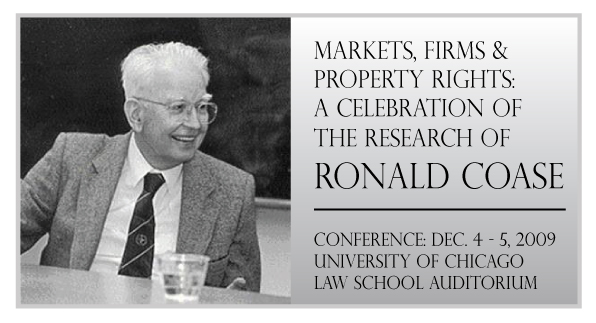 All About The Coase Conjecture

The Coase Conjecture is a theory first propagated by University of Chicago economist Ronald Coase in April of 1972. This theory was discussed in an essay called Durability and Monopoly published through The University of Chicago’s Journal of Law and Economics publication.

The conjecture puts forth an argument about a monopoly’s pricing strategy for durable goods. According to Coase, consumers at the mercy of a monopolistic company making a durable good (automobiles, electronics, appliances, etc.) actually have some leverage, at least initially. With no direct competition in the marketplace monopolies have no clear price setting mechanism, and Coase argues that, at least initially, they will offer a competitive price.

The Nature of Monopolies

Monopolies, by their very nature, are the antithesis of a fair and free trading economy. Any company that produces goods without sufficient competition can use their position to drive up the market price of the goods that they make. This forces consumers to purchase these durable goods at prices that, in the presence of competition, would be obtainable at a lower cost.

Unlike natural monopolies that exist in industries such as utilities (which are subject to regulatory scrutiny for over their consumer pricing strategies) monopolies for durable goods have built in competition, which is their future self.

A strange phenomenon occurs however in relationship to durable goods monopolies and the products they make. As an example, Apple introduced the iPhone mobile telecommunication device in 2007. It’s proprietary design and functions are secured by several patents that virtually make the iPhone its own durable goods monopoly. Under the Coase Conjecture, the most serious competition that Apple faces is not from Samsung or Blackberry but rather from itself.

When Apple launched the iPhone 4 in June 2010, it was priced at $499 for the 16GB model and $599 for the 32 GB phone. When the 4S model was released in October 2011, the pricing for the 16GB and 32GB models was $299 and $399, respectively. This caused the price to drop on the new model. Naturally, customers who purchased the previous models demanded concessions (in the form of credit upgrades) to bring their purchase up to par with the new price pressure created by the release of a new model.

Consumers can exert influence over a durable good monopoly in order to force pricing at the firm’s marginal cost. In the example discussed above regarding the iPhone, when consumers know that a newer version of the technology is going to be released, they hold off on their purchases in order to drive the price on existing models down prior to the new one. This plays against the interest of the durable goods monopoly, which instead starts at a high price point and lower it in reaction to the consumer market.

Coase argues that the existence of a durable goods monopoly does not necessarily disadvantage the consumer when such a company, through its own actions, forces a price competition. As long as the company continues to release newer versions of itself, it must strike a balance between the higher, monopolistic profits it desires against its need to expand its customer base by lowering prices to a more desirable marginal cost level.

Martin Pendleton writes on finance, markets, investment, politics, banking, commerce and other associated matters; those interested in diving into the complex world of finance should check out the financial analyst jobs with moneyjobs.com.